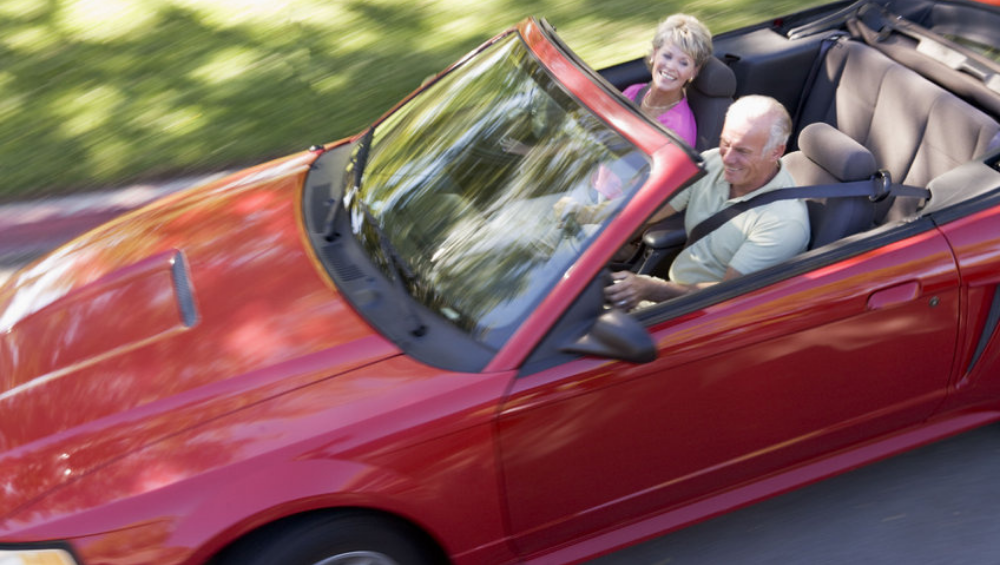 The Baby Boomer generation has officially become today’s seniors. We thought it would never happen. As the post-World War II generation, we thought we would stay young forever. The truth is seniors have never been more active than today. Many seniors are still working, traveling, and driving.

Where in the past, their children would threaten or actually take away the car keys fearing the safety of their aging parents and the people on the road, many seniors are still driving into their eighties and even nineties.

Let’s compare senior drivers to young drivers of today. A current study by the Insurance Institute for Highway Safety has researched that drivers seventy and older were less likely to be involved in a fatal car accident than their counterparts ages thirty-five to fifty-four. Their grandchildren and kids their age have a whole new way of driving. Although texting is illegal in most states, it is unfortunately not that unusual to hear of an accident that resulted because of texting or using a cell phone. Even speaking on the cell phone while driving can reduce the driver’s concentration on the road. The younger generation suffers from FOMO and does not want to miss any WhatsApp, text, or even old-fashioned email. I don’t know for sure but would not be surprised if they were even watching a movie while driving (of course only at red lights).

Older drivers have years of driving experience under their belts and compared to the younger drivers are less probable to speed, drink and drive and usually will try not to drive in inclement weather. There are many safety improvements on the roads such as traffic patterns, roundabouts (have led to the reduction of overall car accidents by 37%, injuries by 75% and fatalities by a whopping 90%) and clearer signs such blinking stop signs and turning signals.

Seniors such as Clara, dream of the day when she will not have to call upon her children or a taxi to take her to her next doctor’s appointment. Although she is in relatively good health, arthritis and glare sensitivity have caused her to stop driving. The great hype of the Google car, several years ago has given Clara new hope that someday hopefully in the near future she will be able to “drive” again. Signaling her Google vehicle with her I phone to her door, popping in and telling it where to go would be a dream come true for someone who values their independence above all. This innovative vehicle seemed to hold such promise for seniors like Clara. But then the statistics came in and the story of how a Uber Self Driving Car killed an innocent bystander. Since this type of vehicle is still only a computer, it makes judgements according to its computer software. For example, let’s imagine that the car is coasting and discovers that there are pedestrians on either side of the road with not enough space between them to avoid hitting them. For some strange reason, the car “thinks” it has enough room to maneuver but “realizes” too late that it does not. It will then pick the group of people that has less people to hurt, but someone will inevitably get hit. So unfortunately, Clara will have to wait and still call on others to drive her to her destinations. There are fortunately many other models that do a lot of the driving, but the driver must still be in the driver’s seat so far.

In 1984, the same year of George Orwell’s famous prophetic book, a new toy was introduced by Hasbro called the Transformer. These amazing toys could transform from vehicles to people and vice versa. This new concept branched out into many variations of transforming toys. The City Transformer car brought back memories of these wonderful innovative toys.

Introduced by the pioneering country of Israel, these new cars are being purchased by a lifesaving organization, called United Hatzalah which has introduced the concept of ambulance motorcycles to wiz through traffic saving many lives. How will this new City Transformer help them save lives? This electric car can shrink in size and not only fit into otherwise too small parking spaces but has a patent-registered mechanism that can shrink the wheelbase down to just thirty-nine inches allowing it to maneuver through traffic. The cabin of this car stays the same and only the wheelbase gets narrow.

Eventually when these electric cars will be sold to the general public, they will be a boost for seniors as well. Since reaction time and flexibility are sometimes decreased in seniors, the fact that they can stay farther away from other vehicles on the road will lessen their chance of nicking another car. Seniors don’t need large vehicles and there is room in the rear for their groceries or other paraphernalia. In some models two people can sit one behind the other so even a couple can buy such a car. The fact that it is electric is a great bonus since the senior will avoid having to go to the gas station for gas. Most seniors do not take longer trips so there will be plenty of electric charge for them as well.

Many seniors are realizing that they can get the best of both worlds by moving to independent living or assisted living facilities. Today, many of these residences resemble the best of five-star hotels. Some are brand new or kept up in the latest fashions and have so many things to do on the grounds. The food is delicious and can also be accommodated to individual needs. However, a senior in good health and mobility will still want to have their car on premises so they can travel whenever they wish. Many days will find them right on the premises but psychologically they do not yet want to part with their trusty car.

When looking for a senior living facility, such an individual should check out beforehand the allowance and convenience in owning a vehicle. The majority of residential care facilities do provide parking for the residents however, there might very well be an additional charge for renting or buying a parking spot. If driving their own car is a priority, then the senior in question should make sure to look for a facility that allows them to bring a vehicle and provide a parking spot as well. Some facilities have ample underground parking which is accessed with an elevator or staircase. If the senior would like to park their car nearer to their home or room that is something that must be discussed prior to signing any contract. It’s possible that a facility that is being considered might require having driving skills reassessed prior to allowing the senior to bring their car.

How Can Senior Drivers Stay Safe?

Brenda Vrkljan, a rehab specialist in Hamilton, Ontario has helped to establish, Candrive a program that assesses the driving skills of older drivers. This program puts video cameras in older drivers’ vehicles to record any unsafe mishaps such as not stopping properly and timely, failing to look into the rearview mirror before changing lanes and destructive activities such as trying to reach for a coffee cup. Later, the driver is asked to view his video to see for themselves just what his or her shortcomings are. “Since driving involves complex maneuvers, most people outlive their driving ability”, says Vrkljan. Ontario drivers over eighty must have their licenses renewed every two years, take a vision test and some other assessments. Cities such as New York, on the other hand do not have any stringent rules for senior drivers only a vision test every eight years to renew their license.

There are many senior drivers who are careful and cognizant of the road. Unlike their younger equivalents they usually do not use their smartphones while driving. Most keep their cars in good shape and check their tires regularly. Some seniors are able to drive well into their eighties and even their nineties depending on if they are in shape physically and mentally including no visual or dexterity issues. Many are relieved to see new types of vehicles on the horizon such as the Google car, City Transformer, and electric self-driving vehicles. Whether the senior is living at home or in an independent or assisted living facility they will value the independence that their own car gives them. We must, however, make sure that they are still capable of responsible driving. According to Dr. Louise Aronson, comments such as, “I only drive short distances”, “I only go to the grocery store”, “I stay off any highways and don’t drive at night”, can be red flags hinting that it is time to stop driving altogether. Dr. Aaronson is of the philosophy, “Use it or lose it”. If seniors are driving less and less, they will lose their driving skills. Each person needs to be assessed individually to keep them safe on the road while keeping their independence at least as much as possible.