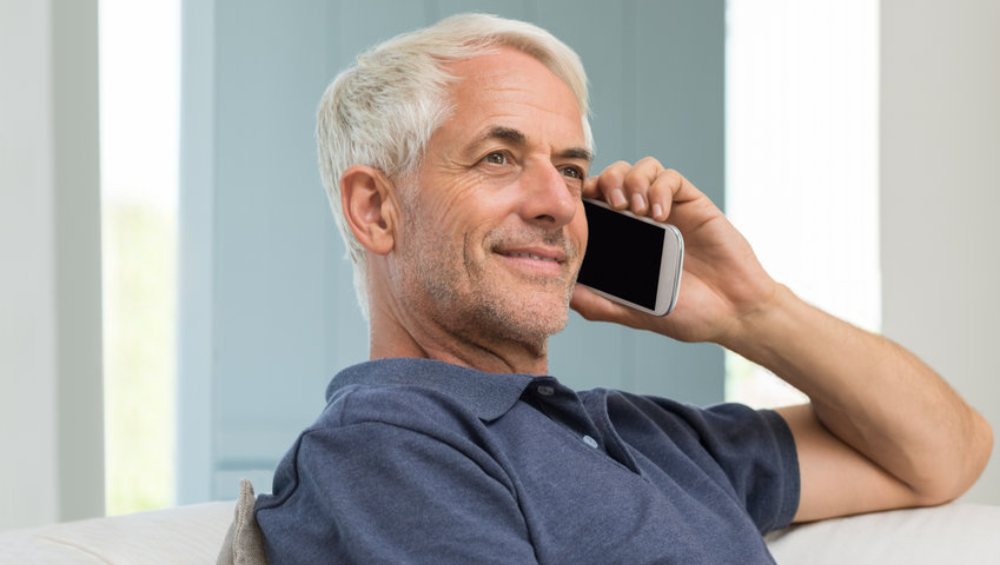 Sometimes I long for the good old days when the only time you could talk on the phone was when you were at home or by putting a coin in a telephone booth. There was no such thing as an answering machine and if someone was not home you just waited till later to call them back. There are endless technological inventions, and the new ones are never ending but how can seniors deal with the stress and fear of these creations?

Hal Blackstein is a retired accountant in his seventies. He prides himself on trying to keep up with the latest technology, be it the most up to date smart phone with WhatsApp to the latest in-house technological advances. However, unfortunately Hal is not always a happy camper. His age shows when his electronic toys take a turn for the worse. This makes him very nervous and weighs down his patience. On the one hand, he enjoys his innovative toys but becomes quite agitated when they fail him.

On the other hand, young people seem to understand that yes, the internet can go down and that’s part of the fun of technology, trying to figure out how to get it working again or even better knowing exactly what’s wrong 99 percent of the time and fixing it fairly easily on your own. Ask any toddler and they would probably know a lot already about iPhones and such digital entities. Enlightened seniors may have learned how to use their high-tech machinery but not necessarily how to adjust it if something goes wrong. I remember an old story of someone who called in the computer geek to fix their computer only to find out embarrassingly that the plug was pulled unknowingly. Let’s look at some of the marvelous scientific everyday advances from the eyes of a senior citizen such as Hal.

Let’s begin with something Hal cannot absolutely live without. His means of transportation, his Honda Accord 2020. Hal researched the car thoroughly by watching various YouTube clippings and reviews. His Honda rides amazingly going up to 80 mph effortlessly. The ride is smooth and sporty. No complaints there. The gear buttons on the right side of the driver’s seat are Hal’s only questionable devices on his Honda. Sometimes Hal will forget the order of the buttons and press the reverse when he wants to press drive and he has had this vehicle for over a year. Thank goodness, he is careful enough to keep his foot on the break until he figures it out.

Asking my young married nieces and nephews if they have a landline gets a good laugh from them. Most of them only have their cell phones as their main line. Why pay extra for a landline when it is not necessary? Hal rarely answers the house phone since it is generally not for him; he gets his calls on his cell but gets impatient when a phone extension is missing from its cradle. As an experienced accountant, he craves law and order in his home. As far as Hal’s smart phone, he seems to have it down pat, he always gets the same and latest Samsung android which he knows thoroughly, and the only glitch is if the internet in the house goes down.

How is a senior citizen supposed to stay sane when the electric upkeep of the house is all dependent on an outside force called the internet? Here are some illustrations of the equipment in Hal’s home that are totally dependent on the internet functioning.

Sensi Thermostat: It may be a hard story to believe but read on anyway. As the fall weather began cooling down Hal finally decided to shut off his central air and turn on the heat. Both his heating and cooling systems are connected to the same thermostat. He was happy to see that when he turned on the heat it was working properly and there was no need to call his local gas company, Home Serve. That is until his wife mentioned an interesting phenomenon that was happening in the living room where they were relaxing. “Hal”, she motioned. “Do you feel the air conditioning coming from the vent?” “That’s impossible,” claimed Hal. “The heat and the air conditioner cannot work at the same time”.

As they strolled around the house checking the central air vents, they became convinced that yes, the heating and air conditioning were working simultaneously! Even after the repairman so called fixed the system, after he left the vents were still shooting out cold air. It took another visit from the owner to finally figure out that the wires somehow got crossed.

Automatic Doorbell: Hal was really excited to have his new doorbell installed and connected to his internet. Now, when he is away from home, he can answer the doorbell and see who is there. “What fun”, he envisioned. Yes, it is truly amazing (when it works). Often, he can only see who is there minutes later after the person has left, there seems to be a delay in the transmission. Another frustrating appliance for Hal to contend with.

I Robot Vacuum Cleaner: Hal spent a whole morning which consisted of hours of frustrating calls to the help center for his new robotic vacuum to get connected to his smartphone. After two hours of unsuccessful connection to his phone he ultimately was able to connect the vacuum to his iPad, not exactly what he had in mind. Hal really wanted to be able to turn on the vacuum when he was away from home. Now, in order to do that he would have to lug his iPad with him, not exactly what he had in mind.

I think you get the idea of what being connected to the internet entails for a senior citizen. Young people probably would laugh their heads off at how archaic Hal is compared to the millennial generation. Many people connect to their entire home remotely whether in the house or away from the house from Wi-Fi stoves (which he does have), lights, heating, and any electrical devices.

Younger engineers and technicians should hesitate before installing Wi-Fi devices in a senior’s place of residence. It is true that in theory it would be so helpful for seniors to have their home apparatuses connected to Wi-Fi. For example, you wake up in the middle of the night remembering that you neglected to turn off your oven before leaving your kitchen. No need to descend your stairs and go into your dark kitchen to turn off the oven, just grab your smartphone, turn off the oven and you’re ready to roll into your soft blanket. Or if your cozy quilt is keeping you so warm that you want to lower the thermostat. Seize your smart device and open your sensi app and presto your heat is lowered.

There are some senior citizens who do adapt nicely to their smartphones and learn how to use the apps as well. Each elder is unique with their own talents and shortcomings. It is up to the family to determine how sophisticated their home can be transformed and whether it pays to install all those up-to-date accessories. No one would want to be an accessory to a senior’s mishap. For example, instead of shutting off the oven, a senior can mistakenly make it higher, or instead of lowering the thermostat they raise it. There are many complications that we all have experienced in relation to smart products. They are only as intelligent as their owners because no matter how much technology is taking over our lives, we still need the brains behind the equipment.

The age of technology is a powerful one. Most people would not want to go back to a world pre-Wi-Fi and internet. In a moment a document can be sent across the globe and a business deal closed within minutes. Bank transfers help save time and money by getting the funds where they are needed asap.

Seniors, however, are having trouble catching on to this computerization. Even those who love the idea of these high-tech gadgets still may panic when they disappoint them, unlike their younger counterparts whose expertise in cyberspace knows few bounds. It would be prudent to have the senior’s devices hooked up to a neighbor or relative’s smartphone in addition to their own to prepare for an eventual breakdown of one of the systems. One phone call to a relative or neighbor can solve a problem for the senior in minutes instead of the senior struggling to get it right. It also pays to build- up a trusting relationship with the senior before there is trouble. This way, he or she will not feel embarrassed to call on a younger family member to resolve a pressing issue.

We have only given a few examples of the different technological advances in home functions. As of this writing there are always new, exciting, and innovative developments coming each day for us to learn about. Let’s try to include our senior citizens as much as possible in these educational experiences.