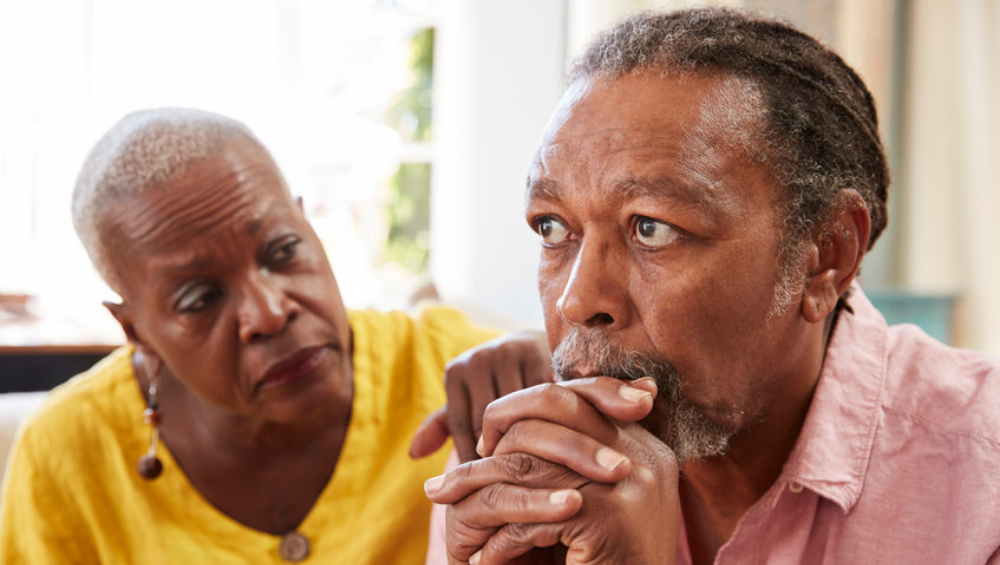 No one wants to be welcomed to the tragic world of senior memory and brain function decline. Especially if it is happening to your very own parent who raised you and made you who you are today. Sometimes it’s gradual and sometimes it comes all of a sudden, maybe the results of a physical injury or post-surgical complication. Whichever way it happens, it’s always shocking for a child to watch his or her active and intelligent parent slowly disappear. It’s almost like death because the mind has died to a certain extent.

My first encounter with someone who just sat in his chair all day staring out the window was actually a movie entitled, Hans Brinker and the Silver Skates. Ten years before this story begins, the father of the two poor children, Rafi, was hurt in an accident and has never been the same. He looked much older than he was (after all he was still the father of Gretel aged 12 and Hans, aged 15). If Rafi would recover, he would be able to reveal the secret of a large sum of money that he buried before his accident. Through divine intervention, Hans meets the renowned surgeon, Dr. Boekman who agrees to perform a risky operation to relieve the pressure on the father’s brain. The results are miraculous with a wonderful, happy ending to the story.

I could never get that father out of my mind. His eyes still haunt me to this very day. Haunting eyes are the way some patients with brain function decline are described. Yes, sometimes there is a light in their eyes when they seem to recognize someone or when listening to a familiar melody from the past. But it’s generally just a flicker of recognition that soon passes until the next time that same person enters the room and is not recognized by their parents.

It’s sometimes confusing to understand the differences between Dementia and Alzheimer’s and no matter how many times it’s explained they seem to be used simultaneously to explain memory loss.

According to google, Alzheimer’s is defined as a progressive disease that destroys memory and curtails vital mental functions. As brain cell connections to the cells and the cells themselves die, memory and mental facilities are destroyed. The main symptoms are memory loss and confusion.

Dementia is defined as the condition resulting from Alzheimer’s or any other brain injury.

What is the Difference Between Alzheimer’s and Dementia?

Examples of Alzheimer Patients (names have been changed)

1) Charles Lehman was a tall, good looking successful businessman and philanthropist. He was the last person his friends would have labeled for memory loss disease. He was always in a good mood cheering on his friends if they were depressed or going through hard times. His wife was just as beautiful and talented as he was, and they were considered the ideal couple.

For the last five years of his life, Charley was in a memory care facility sleeping, sitting, and eating. His children were satisfied with his care, and he also had private aide in addition to the institutional staff. However, his children felt that the tranquilizers that he was being given were making him sleep an awful lot. But what was the staff to do when he became too aggressive? When he died, it was sad to remember his vibrant life before this dreaded disease wasted him away physically, emotionally, and spiritually but it was a relief for his family to know he was a place where he would be again cognitive and more alive than he was when he was living.

2) Babs Burns was the quintessential grandma. Her home was an example for her children and grandchildren to follow and learn from. Her kitchen was so immaculate that even when she baked and cooked, it was cleared of any clutter and utensils washed immediately. Her cakes and cookies were legendary, with her precise way of cutting and decorating them, each piece the identical size as the next.

According to her loved ones, Babs’ deterioration came quickly. Some of her friends did not catch on right away when they came to visit because her mind still understood that the best was not to talk at all. She realized at that point that she did not know if what came out of her mouth made sense to herself or to those around her. It must have taken immense self-control for such a gregarious and intelligent human being to keep silent. Her friends kept visiting and speaking among themselves and Babs appeared to be listening. Her close relatives don’t really know how much she understood and even when watching TV all she did was smile. She ultimately died of some kind of infection from a bedsore but to her family she had died long before that final day.

Whether you are the prime caregiver of your parents or there is a hired aide, it is very important to realize that the Alzheimer patient was an important person in the past. The patient could have been the CEO of a major corporation or a world-renowned performer or lawyer. One method of enriching a patient is called Person-centered care. The caregiver should be educated about the person’s life history and prior interests. Instead of the caregiver concerning themselves about the outcome of various activities such as crafts, cooking or painting, the caregiver should concentrate on how actively the patient is participating. Focus on the positive activities that the person is still capable of whether it is a simple walk down the block or playing a simple game of cards. Even if the patient does not get the point of the game as long as he or she is showing some interest even in the colors on the cards by pointing to them or even laughing you will know that these are signs of interest on the patient’s part. Refusing to join the game or activity, walking away, or falling asleep are signs that the person with dementia is not interested.

There are times when although the short-term memory has faded, long term memories can remain intact. A woman who was an expert cookie baker might have a spark of long-term memory when she is presented with a batch of cookie dough especially if it was the same recipe that she had used in the past.

Another memory arouser is nature and gardens. Many men and women enjoyed gardening in their earlier lives. Garuth Chalfont, a garden designer, has developed gardens specifically for memory care facilities. Vegetable plants and fruit trees line the path where the patients can pick the fruits and vegetables that they would like to eat. The garden paths are constructed wide enough for wheelchairs to easily be wheeled up and down. A patient who was a gardener in the past might even be able to pick up some tools to plant seeds or even just pick out weeds. Yes, the patient may remember how to differentiate between weeds and the actual plants.

What if your loved one was an avid music lover? Maybe he or she actually excelled playing a musical instrument. Music is a wonderful example of stirring up long term memory in certain patients. In fact, science has proven that the part of the brain that identifies music is often the last to go. Songs recalled from childhood or religious groups are wonderful memory tools for the Alzheimer patient. According to Oliver Sacks and Dan Cohen, music is the window to memory. Dr. Sacks noted a very interesting example of a nursing home resident in his nineties who was in an advanced state of Alzheimer’s. Amazingly in his mostly unresponsive state the patient was able to answer, Cab Calloway when asked who his favorite singer was. In fact, people who have even lost their ability to speak can still have their musical memory.

It is devastating to watch the deterioration of the mind of a parent or loved one. Memory loss is a sad realization that your parents are not there for you anymore. You can no longer ask their advice or converse with them in an intelligent way. Now it’s only you who are giving. There are times when you hopefully see sparks of life in long ago activities that stimulate long term memory when short term memory fades to the point that your loved one does not recognize who you are. There are certain tasks and activities such as cooking, music and nature appreciation that may reawaken talents and hobbies way back there in the senior’s mind. Activities can be set up and altered according to each person’s specific past talents and personal narratives such as old songs that trigger unusual responses from the unresponsive. The rest of us lucky ones who still have our parents with sound minds even if their bodies have deteriorated should appreciate all the more that we still have someone we can talk to.