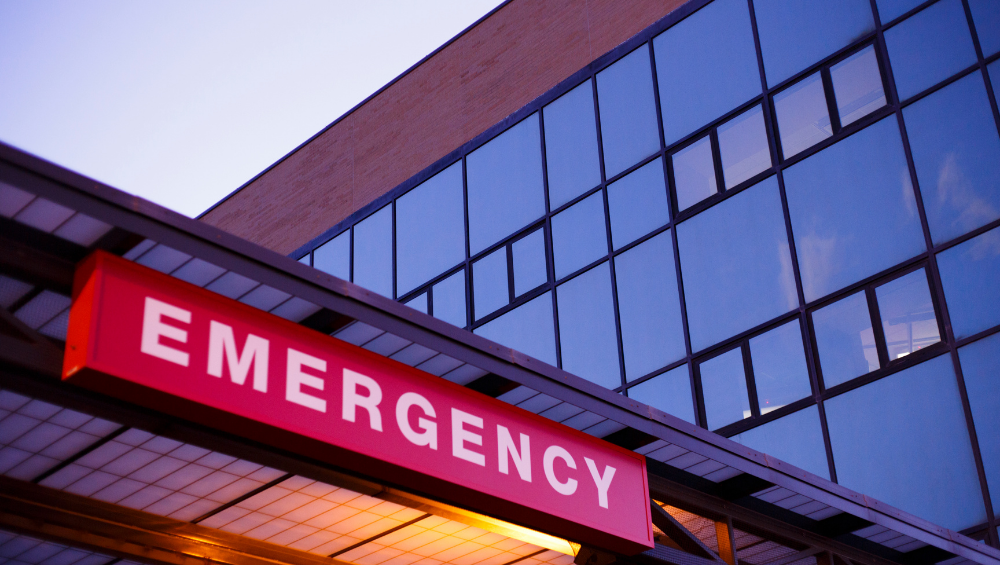 Falls are the leading cause of injuries in people 65 years and older. Most fractures are caused by falls in the elderly including 95% of hip fractures. As we age our muscles and bones lose their strength. Eye problems such as sensitivity to light, glare and decreased depth perception can cause more frequent falling. Certain medications, balance and reflex issues and numbness in one or both legs contribute to the statistics of one in three older Americans falling every year.

One of the main benefits of residing in an assisted living facility is when a medical emergency takes place. No one wants to think of this possibility, not the senior nor his family. Medical emergencies tend to occur at the least opportune times. As long as the senior is living at home independently either by themselves or with their spouse, the family is at the mercy of the senior’s judgment. Falling is unfortunately too common with senior citizens who often have problems with balance and or walking.

Yes, falls are common in assisted living centers but that is not a testament to the lack of supervision rather the opposite. Usually a resident in an assisted living facility will generally have more health problems than seniors who are still living at home. They tend to have more constraints with walking and also may have memory problems. It is of utmost importance for the family of a new resident to inform the facility if their loved one has fallen at home. If they have fallen once chances are in all probability it will happen again.

Let’s go through two different circumstances, one where the senior citizen is living independently at home and the other scenario is if he or she resides in a respected assisted living facility. What often happens with either situation is that the injured party is reluctant to have an ambulance called.

Let’s theorize that an elderly man in his nineties falls in his home in the middle of the night or even at 10:30 PM. Thankfully he has not blacked out but has fallen hard on his face. His nose is all bloody and it takes his wife some time to get the bleeding under control.  At the time of the accident the senior couple must make a quick judgment call. To call or not to call an ambulance, that is the question. This couple was just getting ready to go to bed and the husband fell out of the stair lift chair trying to remove his sweater before buckling himself. When asked by his devoted wife if she should call emergency services he adamantly refused. What should be done at such a time? The wife knows deep down that the right thing to do would be to call an ambulance. On the other hand, she trusts her husband since he is of sound mind and she does not want  to upset him.

This is exactly what happened in real life to my father last week. I was out of town and could not be called but even if I was around there is no guarantee that I would have been called since my father knows we would surely take him to the hospital via ambulance. Now who could blame a man way into his nineties for hesitating to spend the night in the hospital instead of his own bed? It means a whole night of sleep down the drain with feeling ragged and tired the next day.

Plus there is always a chance that he could be admitted to the hospital and not knowing the visitation rules these days because of COVID-19, he could be stuck all alone. Being up to date on the latest news stories and hearing personal horror stories from friends and relatives who could blame my father for wanting to stay away from that dreaded place called the hospital?

How would this storyline play out for a resident of an assisted living center?

Once a senior agrees to live in an assisted living center or is sent there by their family to protect his or her own safety, he or she will begin to feel more confident about calling for help. Whether it is with the emergency buttons present in the room and bathroom or any other way that each facility protects its residents, the stigma of calling an ambulance tends to lessen. Hearing and seeing an ambulance approach the facility occasionally usually will mitigate the fear of ambulances and emergency rooms. For instance, if an acquaintance of the senior in the facility falls and is taken to the emergency room and comes back in a relatively short time, this will give a newer resident the assurance that the injured party did the responsible thing by pressing the emergency button. It does not have to be that serious of a fall to press an emergency button. Sometimes the resident is not necessarily injured but is having trouble getting up off the floor. This is reason enough to call for help. The trained staff of any quality assisted care facility will be both gentle and strong in picking up the resident from the fall and reassuring him or her that they will be fine. They will then be checked up on more often until they fully recuperate. No one would want their loved one to curtail as much physical activity that they can handle because of fear of falling. Discussions among the residents about their falls can lead to a bonding that increases trust both in their fellow residents and staff. Therefore, there is less of a chance of a resident succumbing to serious injury and dying. They will learn that it pays to be cautious and not throw caution to the wind.

What happens if the senior does not go to the emergency room right after falling?

Continuing with our real life story, upon our return home from our trip we went to visit my father and were upset to see that his face was black and blue in several areas. He also seemed a bit lethargic at times even though he was alert. We did not know what to do since it was already over a week since the injury occurred yet who knows what could be going on inside his head? He did visit an ear nose and throat doctor the next day to check on the nose bleed. This doctor did not alarm them but did mention that although unlikely, there could be bleeding on the brain. In fact a relative of his recently fell and they did not detect the bleeding on the brain until two weeks later and that was too late to release him from the coma he is presently in. For some unknown reason the doctor my father visited did not give him a prescription for a CT scan so no further testing was done at that time.

My husband and I decided that it was wise to take my father for a CT scan of the brain. This is not as easy as it sounds as we soon found out. Since he did not get a prescription from the doctor who saw him, his regular doctor would not agree to write one.  We finally did get a doctor to write the prescription , however, the CT facility had to wait for approval or denial from his insurance company. Even though we offered to pay out of pocket, the radiology facility notified us that until there is a denial or acceptance from the insurance company nothing further could be done. Thankfully we were informed that same day of the insurance company’s approval and were able to take my father to the radiology facility to get the CAT scan eliminating the need for that dreaded wait in the emergency room.

All are in agreement about the hassle, and difficulty of the waiting that going to the emergency room entails. With head and fall injuries it’s imperative to get the senior emergency care as quickly as possible. If the fall happens during the day, you might be lucky and be able to take your elderly parent to his own physician. However, in all likelihood the doctor will end up sending the injured party for testing outside the doctor’s office. This will entail two trips for the elderly person to endure which is no easy feat. That’s why it is worthwhile to go to your local emergency room immediately where the patient will get examined and tested in one location.

If the senior is repeatedly falling and injuring themselves it is time to get outside help in the home. There are some incentives through different medical programs to reduce the cost of part time or full time help for those in need. Ultimately for the safety and well being of a senior citizen it is prudent to move them into an assisted living facility. There the senior will have twenty-four hour on call help if they require it. Hopefully they will not need frequent trips to the emergency room but if necessary the help is readily available.